A follow-up to the Seminar The other Places of the Political in the Americas - "Latinities (and Americanities) of Jazz.”

On November 18, 2021, the annual “Americas” research seminar held by the University of Lille had the pleasure of welcoming Pr. Jason Borge from the University of Texas at Austin (Spanish & Portuguese Department) for a virtual presentation followed by a conversation with the scholars and students assembled for the event. 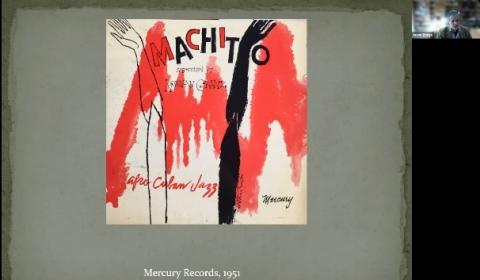 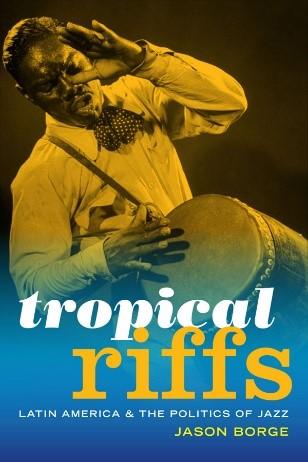 Entitled “Latinities (and Americanities) of Jazz”, Pr. Borge’s presentation was a thrilling contribution to the seminar’s annual theme that was designed by CECILLE members Hélène Quanquin, Véronique Hébrard, and Aurore Clavier: “The Other Places of the Political in the Americas”. Pr. Borge’s research interrogates the intra-hemispheric dimensions of Latin American cultural production, and specifically the critical reception and imaginative re-appropriation of US mass culture of the early and middle 20th century. He is the author, among other publications, of Tropical Riffs: Latin America and the Politics of Jazz (Duke University Press, 2018).

In a presentation that circulated between several Americas – North, South, Central, Caribbean – Jason Borge laid bare some of the transnational connections and fluctuations of jazz that can be observed between the 1920s and 1970s. This allowed the audience to get a sense of the hemispheric scope of jazz music, far from received ideas of a musical genre revolving solely around whiteness and the United States. Additionally, Pr. Borge’s presentation looked beyond the study of musical history, into the racial, ethnic, and national overtones of jazz.

In fact, Jason Borge experiments with approaches that re-map the unique ways in which musical – and more broadly cultural – products sprout, spread, and reverberate from multiple centers in the Americas at the same time. He thus makes the argument that pairing the notion of “Americanity” with one of “Latinity”, as theorized by Claudia Milian in Latining America (University of Georgia Press, 2013), can lead to alternative, more accurate histories, that help better capture the transnational phenomenon of jazz.

By virtue of its transatlantic character, this event was also featured in the program for UT Austin’s International Education Week.

The presentation can be viewed again here.